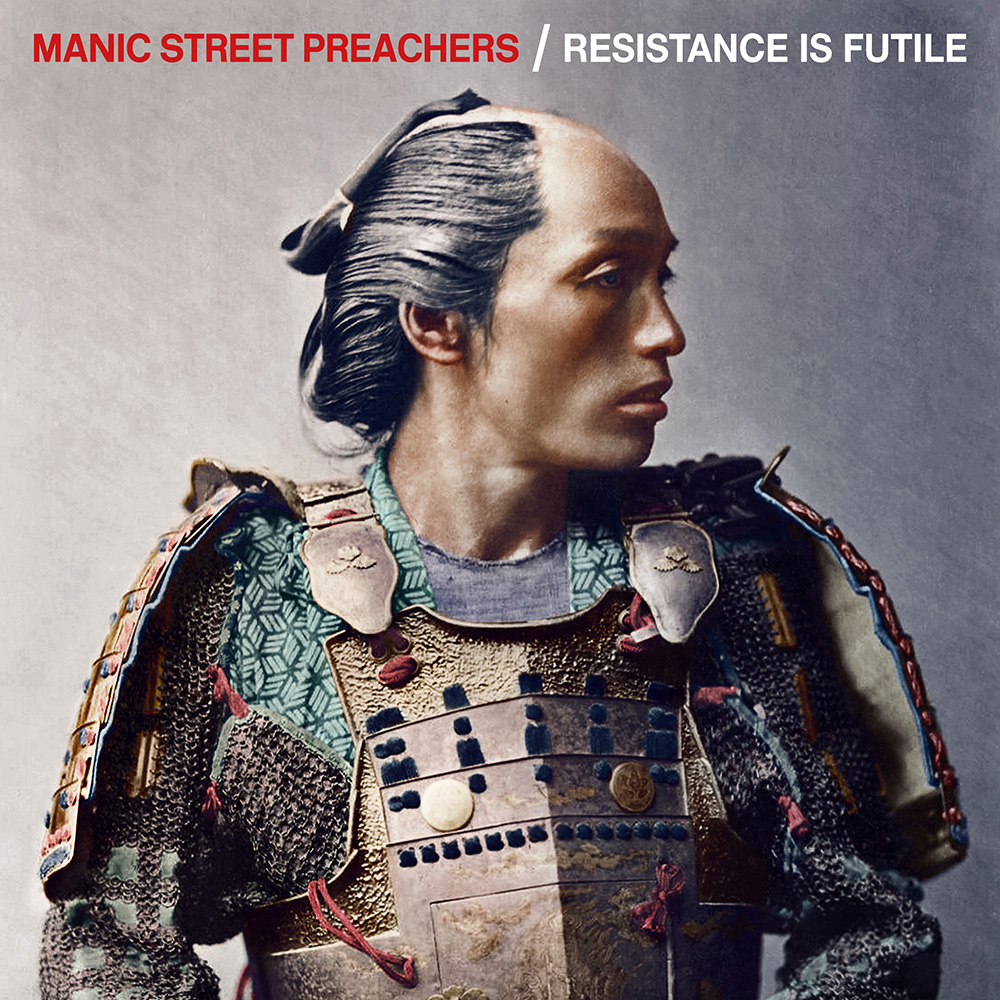 ‘Resistance Is Futile’, the new Manic Street Preachers album, will be released 6th April on CD, deluxe CD bookset, cassette and limited edition heavyweight coloured vinyl (exclusive to the Manics’ online store). It’s the first album to be recorded at the band’s new Door to the River Studio in Newport.

Say the band – “The main themes of ‘Resistance Is Futile’ are memory and loss – forgotten history – confused reality and art as a hiding place and inspiration. Musically the album is obsessively melodic and in many ways references the naive energy of ‘Generation Terrorists’ and the orchestral sweep of ‘Everything Must Go’. After delay and difficulties, the record has come together really quickly over the last few months, there has been a surge of creativity and old school hard work.”

The band will be on tour throughout Spring 2018 with special guests The Coral. Pre-order ‘Resistance Is Futile’ from the Manics’ online store before Tuesday 21st November for access to presale tickets for 2018 tour dates.