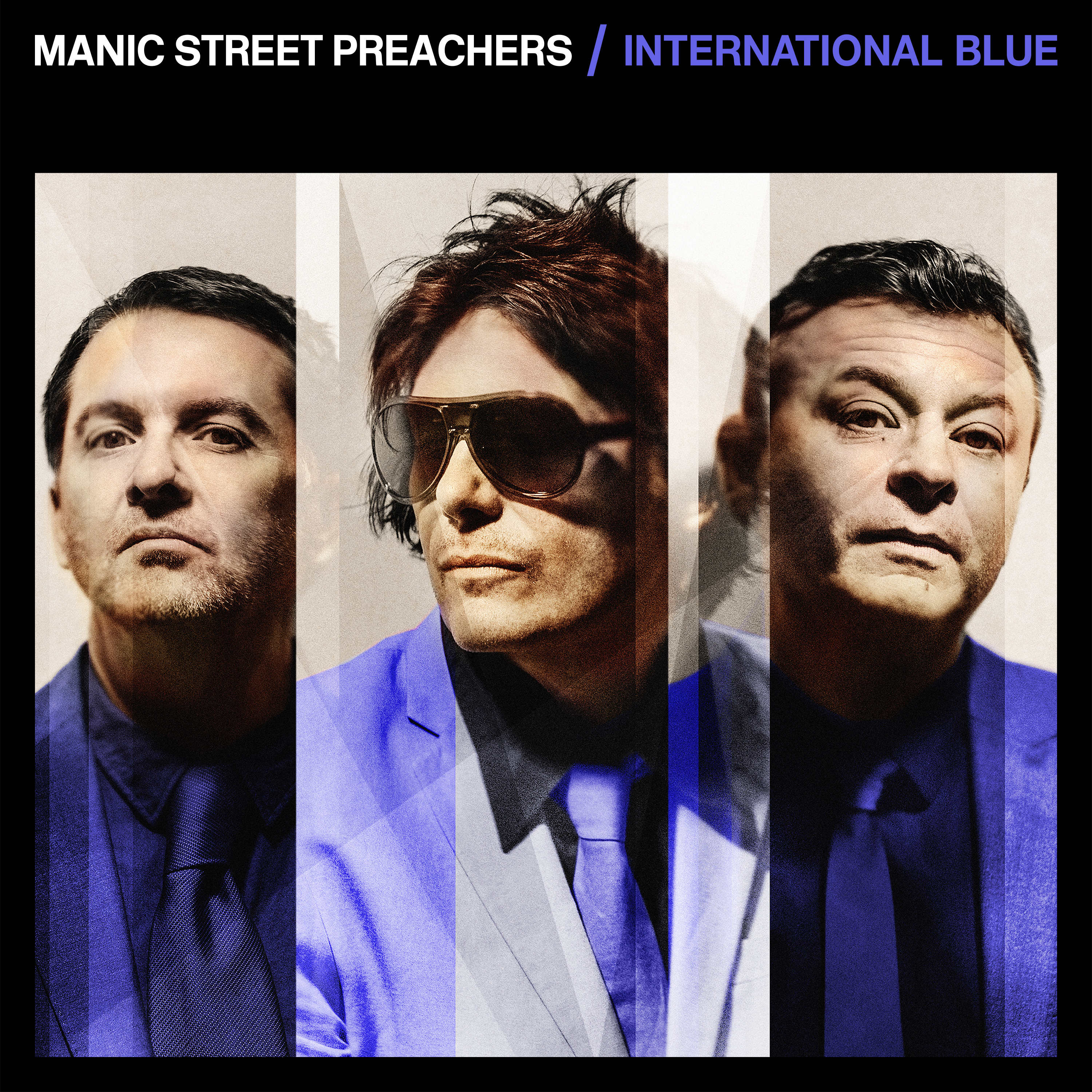 “I’d been digesting the lyric for five years, since being in Nice and finally joining the dots between Yves Klein’s International Klein Blue and the vast open blue of the Mediterranean Sea. It was a moment of connection that felt perfectly natural – not forced or intellectualised. A different kind of enrichment that feels increasingly difficult to find. The track itself is carried by the kind of naive energy that powered ‘Motorcycle Emptiness’.” – Nicky Wire

“Often I just need a great title to set me off. Seeing the word blue struck a chord and set off memories of pure pop records we grew up with – things like the ‘Story of the Blues’ by Wah!, ‘Moon is Blue’ by Colourbox, Orange Juice’s ‘Blue Boy’ and ‘In Bluer Skies’ by Echo and the Bunnymen. I immediately thought of the kind of shiny freedom pop we used to hear on the radio as kids and that quickly became the MO in my head when writing. I just wanted to make a great Manic Street Preachers driving song; something that evoked the heat haze you see on empty open roads in America. I wanted to channel a Springsteen/War on Drugs sensibility, but through our European filter. Sometimes, aiming for a feeling is enough to make it work.” – James Dean Bradfield