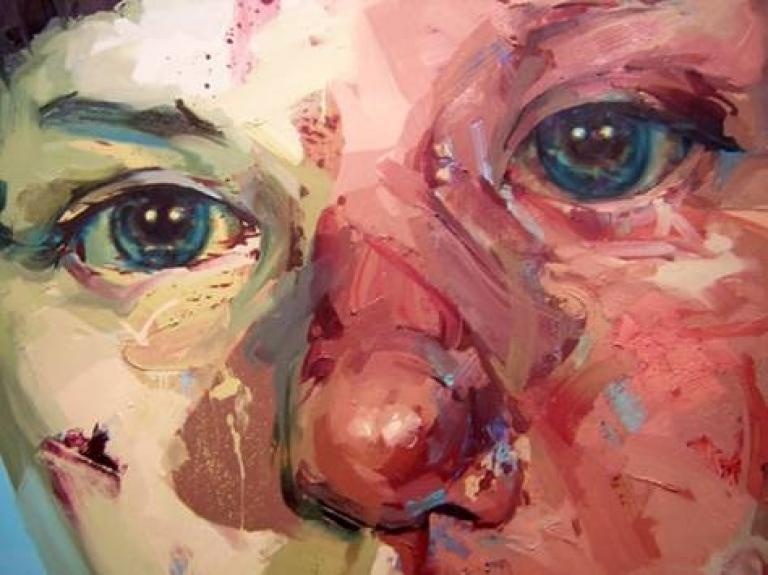 An essay on Journal for Plague Lovers

The ellipsis at the end of the second quotation belongs to me. For elliptically very much describes the way the first incarnation of Manic Street Preachers ended, with that final point hardening and emboldening over the years, black ink bleeding out into white page, gradually ceasing to represent elision, gradually becoming a full stop.

And what of the four words preceding the ellipsis?

The riderless horse follows the casket in a military funeral procession, empty boots facing backwards in the stirrups. The tradition stretches back close to a millennia, to the campaigns of Genghis Khan, when horses were sacrificed so they would be there to greet fallen warriors in the next world. The most famous riderless horse used for US state funerals was Black Jack, whose oil-coloured mane swung in the cold Washington air behind the coffin of John F. Kennedy. Noam Chomsky wrote a savage critique of Kennedy’s foreign policy during the Vietnam era entitled ‘Rethinking Camelot.’ So – military funerals, sacrifices and fallen warriors, Kennedy, Vietnam, geo-politics.

All from four words of the chorus of the opening track.

Did Richey Edwards think all that through and condense it into one couplet so that, as with all good poetry, the fit, hungry listener might extrapolate meaning back up from the bottom? Or did he just think it sounded fucking cool? As Bradfield and Moore bring the drums and the Les Pauls in on the chorus – the whole thing underproduced by Steve Albini to sound like a virulent ransom note – you are powerfully reminded that it is one of the great joys of rock and roll that it doesn’t much matter either way.

A government in crisis, houses being repossessed, greedy, misled people in negative equity, a young, newly-elected American President who would change the world: 1994 and in Cardiff four men – young and dissolute – begin making what will become the most extraordinary record of their generation, The Holy Bible. Just over a decade and a half later (a millennia in rock music) and one is tempted to conclude that all that has changed is that it is now just three men – older, resolute – who gather in Cardiff to make a record.

In the weeks before he disappeared in February 1995 Richey Edwards gave away certain items of his possessions to his bandmates. To Nicky Wire he gave a clutch of notebooks, whose contents, amongst many other things, included the lyrics sung by James Dean Bradfield and Nicky Wire on this record. As an artistic endeavour, giving voice to someone who can no longer speak for themselves, it is without parallel. Of course the words of poets long gone, from Burns to Dante, have often been set to music. More recently the Mermaid Avenue record posthumously put Woody Guthrie’s lyrics to fresh melodies but, in all these cases, the writers were unknown to the composers.

A task beset with great responsibility then.

Add to this the typography, the Jenny Saville artwork, the cracked fragments of dialogue that segue the tracks, the guitars that growl and claw beneath the floorboards of the songs, blips of feedback, pickup stutter and flanging wash preceding their arrival and echoing their departure: in edifice and execution this is a clear, deliberate companion piece to a record without peer at the time and now widely regarded as a career best.

Great responsibility and inevitable, no invited, comparison with the finest work you have ever done. Why would anyone put themselves in such a position?

Because here there is no why. The genuine artistic endeavour presents itself as a fleeting thought, that becomes a recurring thought, that eventually becomes the only thought possible. In the end, you don’t have a choice. The thing will out.

What were the only thoughts possible for Richey Edwards in the days when he was keeping these notebooks? As one might expect the imagery is Yeatsian, apocalyptic, in places: “The falcons attack the pigeons, in the West Wing at night…crucifixion is the easy life…beaten across the face, with a horsewhip, where the wounds already exist…she bathed herself in a bath of bleach…”

But we also get “It’s the facts of life, sunshine” The throwaway familiar at the end of the line ringing with humour and an understanding of the absurd. As does “we missed the sex revolution, when we failed the physical…” which echoes Larkin, which would sit handsomely in one of one of Morrissey’s better-filled notebooks. On ‘Virginia State Epileptic Colony’ the joy and loss of self in mundane ritual – “cleaning, cooking and flower arranging” – chimes with the playful abandon of the track: a trilling acoustic guitar, a loping, playful groove. The fury, rage and invective of The Holy Bible, these are vices for youth. Natural enough to scream at the world in your twenties, if you haven’t found a way – however precarious, however uneasy, however doubt-riddled – to coexist by the time you reach your forties…

As the years pass, in any artistic process, technique often replaces urgency, methodology overcomes chance, and assurance displaces anxiety. There are costs to be borne here; what can rich, comfortable rock stars living lives of forty-something luxury truly understand anymore about the pain and isolation of someone in their twenties who decided that those riches and comforts would never be his? Well, Nabokov pointed out that “before building oneself an ivory tower one must take the unavoidable trouble of killing quite a few elephants.” Manic Street Preachers brought home a richer kill than most. The carcasses of the elephants are large, and to properly deal with their carrion is often the work of a lifetime.

Ultimately the mature artist comes to understand that interpretation, criticism, approval – how the thing you’ve created is received in the world – are as nothing when set against the act of creation itself. “What cared I who set them on to ride?” Yeats says, speaking of his poems in The Circus Animals Desertion. The process itself is all there is. Everything else is noise. It’s a late poem, written towards the end of his life, and in the final stanza Yeats contemplates the loss of the artistic faculty, the dimming of vision:

“Now that my ladder’s gone,
I must lie down where all the ladders start
In the foul rag and bone shop of the heart.”

It takes great courage to lie down in this place. There are dark corners where things fester and breed, things that most of us do not like to look upon in daylight. The real genius here lies in Yeats’ ability to conjure a poem out of his inability to write a poem, to find the act of creation in the face of darkness and impotence, to fashion the work itself out of these very qualities, to find the strength of purpose to pick up the pen and do the work in the face of the void. It’s probably unnecessary to belabour the parallels.

And so to the end – ‘William’s Last Words’. In a voice as neutral, calm and serene as an early spring morning, Nicky Wire – a man in middle age now, with children of his own – sings “Isn’t it lovely when the dawn brings the dew, I’ll be watching over you.” And he sings “wish me some luck as you wave goodbye to me, you’re the best friends I ever had” And he sings “I’m just gonna close my eyes, think about my family, shed a little tear”. And, finally, he sings, “I’d love to go to sleep and wake up happy”.

In the sepia of hindsight it is literally unbearable. And the urge is overpowering, physically painful; to reach back through the fog of years, back through platinum albums and stadiums filled and worlds conquered, to reach back and tenderly enfold, to look into hazelnut eyes and whisper the words known to every parent; “It’s OK. It’ll be alright”.

But this is sentiment. And Manic Street Preachers are not sentimental people. It wasn’t OK. And it wouldn’t be alright. “The thing that’s eating at you, wants to eat you”, Springsteen says.“And so your life is…how do you keep that from happening?” Well, as Bruce knows, as Elvis and Hank before him knew, sometimes you can’t. You fight and you can’t. Can’t win. ‘It’ wins. And the rest of us get what is left scattered around the room, the great and terrible debris of that battle: we get The Holy Bible. We get And Death Shall Have No Dominion. Sunflowers. In Utero. Closer. The album you are holding now.