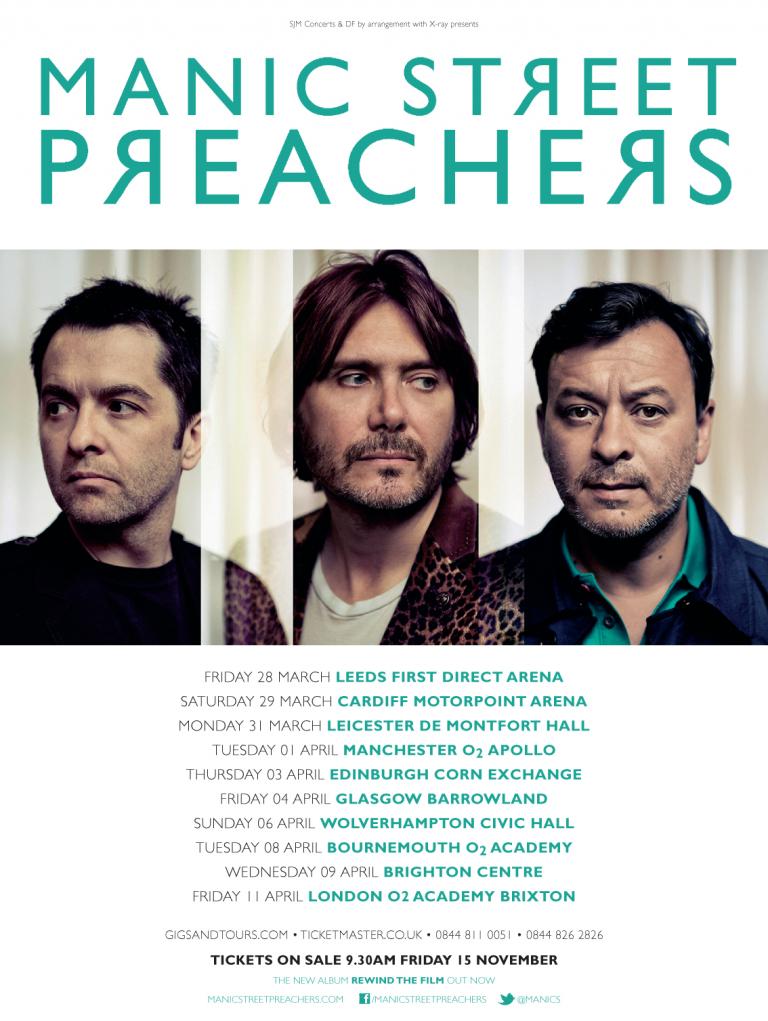 The Manics are pleased to announce that they will be back on tour March/April 2014.  After a huge success from the previous 'Rewind The Film' shows they are looking forward to playing a bigger tour.  Tickets are on sale for fans only via a pre-sale on Wednesday 13 November at 9.00am from gigsandtours with the general sale starting on Friday 15 November at 9.30am.