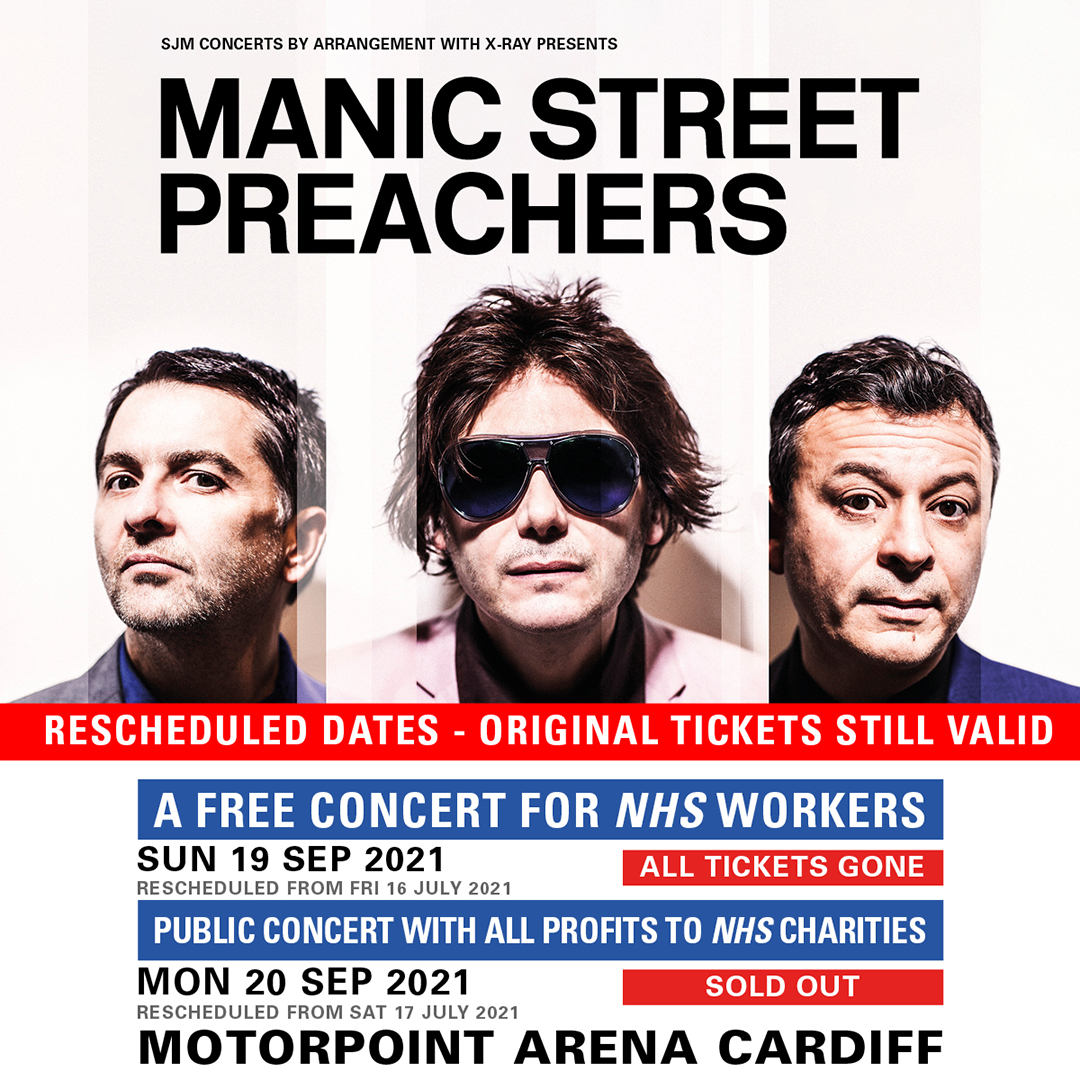 Manic Street Preachers have moved their previously announced shows in July at the Cardiff Motorpoint Arena to Sunday 19th and Monday 20th September 2021. This is due to the recently announced capacity restrictions and continued uncertainty over if the shows can be played in full in July.

The first night is a free show for NHS staff, the second had tickets available to the public with all profits going to NHS Wales charities.

Tickets for Free Concert for NHS staff originally scheduled for Friday 16th July 2021 will only be valid for NEW date of Sunday 19th September 2021.

Tickets for fundraising show for NHS charities originally scheduled for Saturday 17th July 2021 will only be valid for NEW date of Monday 20th September 2021.