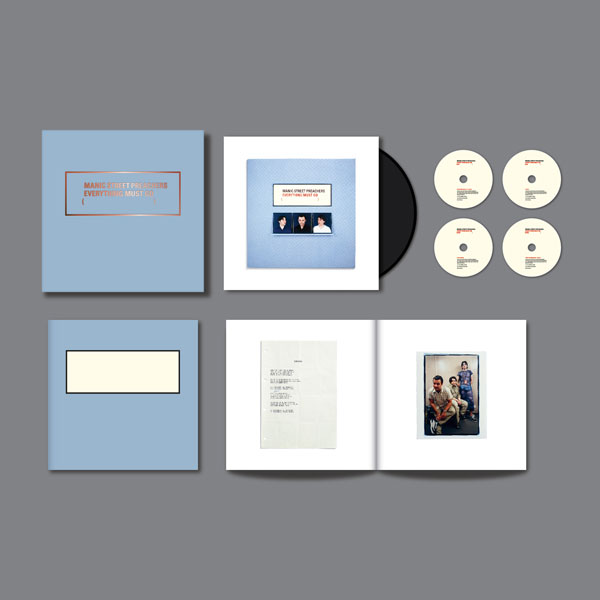 Manic Street Preachers have announced the release of a special edition ‘Everything Must Go 20’ box set to celebrate the album’s 20th Anniversary.

The deluxe reissue includes fully restored footage of the band’s entire 1997 Nynex Arena performance available for the first time, as well as the remastered album and b-sides on CD, the album on heavyweight vinyl, an exclusive new film ‘Freed From Memories’ directed by Kieran Evans, the official music videos for ‘A Design For Life’, ‘Everything Must Go’, ‘Kevin Carter’ and ‘Australia’ and a 40-page book of unseen photos.

Also available will be a double CD comprising the remastered album and the Nynex Arena audio, also available for the first time.

The box set and double CD are released 20th May. Pre-order now, along with a very limited number of signed box sets (1,000 copies only), at the links below.