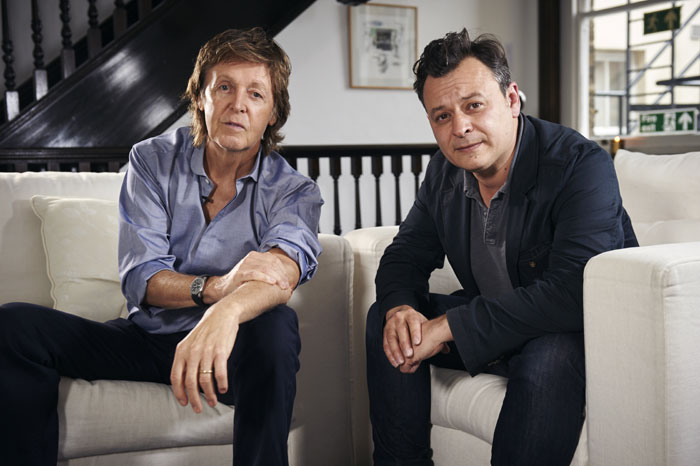 James recently sat down with musical icon Paul McCartney for a chat about one of his “early musical crushes”; McCartney’s 1983 album ‘Pipes Of Peace’.

The pair first met when the Manics opened up for the living legend at a sold-out show at Cardiff’s Millennium Stadium in 2010. James took the opportunity to impress upon Paul what an important album 1983’s ‘Pipes of Peace’ became to him, after buying it at the age of 14.

Now, five years later and as the album is being reissued as part of the Grammy awards winning ‘Paul McCartney Archive Series’, James met up with Paul again to carry on the conversation.