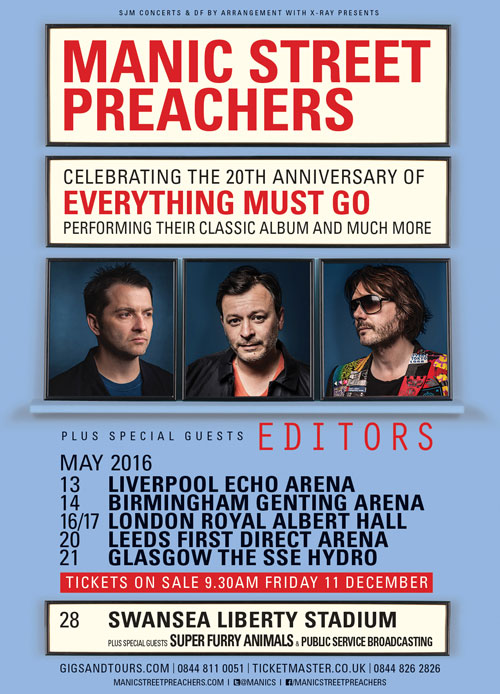 EVERYTHING MUST GO 20TH ANNIVERSARY TOUR 2016

The Manics are taking their Everything Must Go 20th Anniversary celebration on tour next May, playing some of the most prestigious venues in the UK. Editors have been confirmed to support on all dates (except Swansea). Tickets go on sale 9.30am Friday here.

The band will play the album in full plus a second set of curios, b-sides and hits.

Everything Must Go 20th Anniversary Tour 2016: